Last Will and Testament of Morris Workman

Ladies and gentlemen, we are gathered here today to mark the passing of a friend and neighbor:
Morris Workman
Oh, the fat guy in suspenders isn't dead (yet).  I'm just passing on...to another state.
After 11 years in the desert, eight right here in Mesquite, my family and I are leaving for greener pastures the end of November.  And that's not a euphemism.  Pastures don't get any greener than those you'll find in Washington state.
I could get all maudlin and sad, offering vignettes of past columns, but that's boring and bordering on nothing better than a rerun.
I wouldn't want to go out like that.
Instead, I'd like to offer up my last will and testament, bequeathing a few things, including some nuggets of wisdom I've collected over the years.

To Mesquite Gaming, I leave a half-used Reporter's Notebook.  My hope is that they will use it to write down and remember whatever corporate name they're using this week, since it seems to change more often than the images on a spinning three-reel slot machine.  (Mesquite Gaming...Black Gaming...Tri-Properties...Oasis...Peppermill...CasaBlanca...Players Island...Virgin River Convention Center...Mesquite Star).  I figure by the time they're done playing musical chairs with their moniker, they'll need a notebook big enough to impress Tolstoy, but this will be a start.

To Greg Lee and The Eureka, I leave my old George Foreman Lean Mean Grilling Machine, and a top hat.  The grill is a reminder of the only time I recall Greg Lee really getting mad at me, after I wrote about the Great Weiner War of 2009 between the Eureka and Black Gaming.  Meanwhile, the top hat is symbolic of the remarkable fact that Lee, Andre Carrier, and the staff of the Eureka have proven that even in the down-and-dirty world of Mafia-spawned Nevada casinos, it's actually possible to run a gambling establishment with class and character.

To Mayor Mark Wier, I bequeath a single pane of glass and an oversize bottle of Windex.  Wier and the current council have done a tremendous job of bringing transparency to what was once a very dark and ugly place.  I also offer this admonition: in the unlikely event you find yourself primping and preening while looking at your reflection in the glass, use the Windex.  Otherwise, you're in danger of becoming just like the previous administration.

To The Virgin Valley Water District, I leave a Rand McNally Atlas, and a bookmark placed at page 78 to remind them that they live in Nevada, not California.  Conservation and environmental extremism have helped bankrupt and scrape the shine off the Golden State.  The Silver State doesn't deserve the same fate.  The map also has a little red circle along U.S. Route 95 just outside of Las Vegas, marking the location of the High Desert State Prison, as a reminder of the destiny awaiting any elected or appointed water official contemplating a return to the old VVWD ways of cronyism and corruption.

To The Overton Power District Officials, I leave a box of Band-Aids and a crying towel.  By the time Barbara Ellestad, John Taylor, and the outraged people of Mesquite get through exposing OPD's fiscal shenanigans and spotlighting their greed and arrogance, I suspect they'll need both.

To Barbara Ellestad and the Mesquite Citizen Journal, I leave my blood-stained quill-pen sword and my battered AP Stylebook shield.  Of course, they won't need it, since Barb and the crew have done such an amazing job of slaying bureaucratic dragons and rescuing tax-paying damsels in distress over the last year with their own battle armaments.
I also leave them my worn out chastity belt, in case some mega-corporate-news organization comes a-calling with flowers and candy.  No matter how big the check, or how badly you might need the money, trust me when I tell you that your soul is worth more.  I learned that lesson too late.
As for the local businesses, I implore you -- advertise more with MCJ, even if you don't need to.  To the readers, I encourage you to patronize and support those who do.  Without the MCJ, Mesquite will fall victim to profiteers from either side -- with the news filtered through the prisms of truth suppressors from Las Vegas or St. George, neither of whom have ever really understood Mesquite.

To The People Of Mesquite, I leave a single ostrich feather, a mirror, and a shovel.  In 2005, I used to joke that the official Mesquite City Bird was the ostrich, because so many of its citizens preferred to live with their heads buried in the sand.  Today, the people of this community are engaged, aware, energized, and seem determined never to let the "good ole boys" and carpetbaggers get the upper hand again.  I am so proud of this community, and the way that the people have stood up and cleaned house at City Hall, at the VVWD offices, and are getting their brooms ready for OPD.  Citizens also killed the ill-advised plan for an $8 million soccer tent; and local mothers recently stood up against an out-of-touch, out-of-state hospital corporation, forcing the hospital to back down on their repugnant plan to close Mesquite's obstetrics department.
The mirror is to give Mesquite a chance to look at itself and decide what it wants to be.  Is it going to be a gaming town?  A golf destination?  An art enclave?  A light industrial center?  A suburb of St. George?  A Las Vegas bedroom community?  A decaying wide spot in the road next to the interstate?  A cautionary tale?  The people need to choose an identity, then commit to living up to it.  No town can be all things to all people.  Once the citizens choose a direction, everyone needs to get on board in order to make Mesquite the growing, prosperous place it used to be, and deserves to be again.
As for the shovel...it's time to build.  The government institutions have been knocked down, cleaned out, and re-formed.  Corruption is on the run.  The painful, brutal political battles have been fought.  Now is the season to come together and start rebuilding the local economy.  Start creating reasons for people to return to Mesquite, beginning with something as simple as a genuine smile accompanied by the words "we're glad you're here."  That attitude has to include a welcoming hand to businesses interested in coming here.  (Real businesses, not pie-in-the-sky schemes involving imaginary sports parks, desert amphitheaters, and recycled soccer tents).
I have always said that Mesquite's most valuable asset isn't the sunshine, the interstate, the casinos, the golf courses, or the proximity to Las Vegas or St. George.  No, the most powerful, wonderful thing about Mesquite is and has always been its people.  Now that the people have found their voice, rediscovered their collective power, and done the heavy lifting needed to fix dysfunctional institutions and get rid of narcissistic power mongers, it's time to focus on letting the whole world know that repairs are being finalized and Mesquite is ready for the next wave of people looking for a friendly, thriving place they can call home.

My only regret is that I won't be here to see it, to be a part of it.  But truth be told, I'm a remnant of Mesquite's past.  The city needs to look to the future.
My destiny lies along another path.  But wherever I go, a piece of Mesquite goes with me, because this community has shaped who I am today.
I want to thank all those who had a hand in that shaping, including people like my former business partner and forever friend Cindi Delaney.  I can't name everyone, but rest assured that the list would look a lot like the Reliance Connects phone book, because in many ways you have all been a part of my journey.  I'm grateful to you.  I'll miss you.  I'll remember you.
And finally, this ending is poetic.  It's the last Workman Chronicle I'll ever write, a column born at the Desert Valley Times; one which gained momentum and awards while showing up every week in the Mesquite Local News; and which dies today within the electronic pages of the Mesquite Citizen Journal.
All my life, I wanted to be a writer.  While the desire was forged in the crucible of a second-floor classroom in Havre de Grace, Maryland, it became a reality right here in Mesquite, Nevada, where the input, critiques, and encouraging words offered by readers from 2004 to 2012 helped make me the writer that I am.  My first novel was written and published while residing here.  I'll never forget Mesquite, where I became what I believed I was always destined to become.
I've lived an amazing life here, and met incredible people.
Thank you.
Goodbye.
Posted by Morris Workman at 8:42 AM

Howl of a Thousand Winds 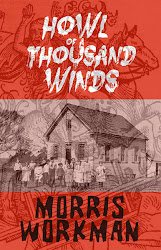 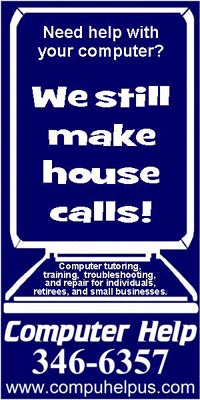